Human minds being the odd, pattern-seeking, things they are, I expect that this one leapt out at me today because I am a little preoccupied with a recorded interview I am doing on Monday, for a podcast about rape and sexual consent. The entry is not just about sexual offences, though, but also about the composition of defences to homicide, and, perhaps, master-servant and more positive male-female interactions as well.

The entry relates to a case at a York gaol delivery session on Sat 27th July, 1364.[i] John de Skydbrok of York, had been indicted and arrested for having feloniously killed John Dees, tailor, on the night of Monday 17th July 1363. in Goodramgate, York. He pleaded not guilty and the case was tried by a jury. The jury said that things had gone like this on the day in question: John Dees came to John de Skydbrok’s house, in order to have sex with a female servant (ancilla) of JS. She had made a great noise, which had brought JS into the room where it was happening, and there ensued a classic ‘self defence fight’ in which JS ends up in a corner, and with a choice between being killed by JD’s knife, or defending himself with his own knife (having done nothing at all aggressive up to this point). Having drawn his knife, JS struck JD once in the chest, and JD died. The jury stated that the killing had occurred in self defence rather than with malice aforethought, so unsurprisingly, JS was sent off to prison to await a pardon (and this duly came).[ii]

The self defence story is all very stereotyped, but the prelimnary events are a bit more interesting. The description of the encounter between John Dees and the ancilla is not termed a rape or attempted rape, but volition is mentioned on JD’s side and objection on the ancilla’s side. I think we can rule out the idea that the noise mentioned was enthusiastic participation – it is clamor, which is exactly what a respectable woman is supposed to emit, when protesting against a rape or other attack. Note the response of John de Skydbrok: the jury says that he came in, from his part of the house, ‘to make peace’, or ‘to calm things down’. No doubt things are put this way in order not to contradict the self-defence narrative of one-sided violence. This, perhaps, is an instance of the accepted narrative of self-defence in fact effacing what we would see as commendable behaviour – intervening to help a servant, whether protecting her as a person or as an asset. If there was not any force on JS’s part, it does not really make sense that JD would attack him. If JS was so very pacific, surely making a run for it would have been the sensible option.

Medieval gender relations and sexual misconduct meeting the distorting filters of legal procedure and jury practice; intriguing and frustrating as ever.

Travelling justices in Lincolnshire in 1287 dealt with a complaint of violent misconduct brought by Robert Salemon or Saleman, against Hugh de Mixerton (Misterton?).[i] This rough translation [Covid, no access to the big Medieval Latin dictionary …] gives an idea of how matters proceeded. 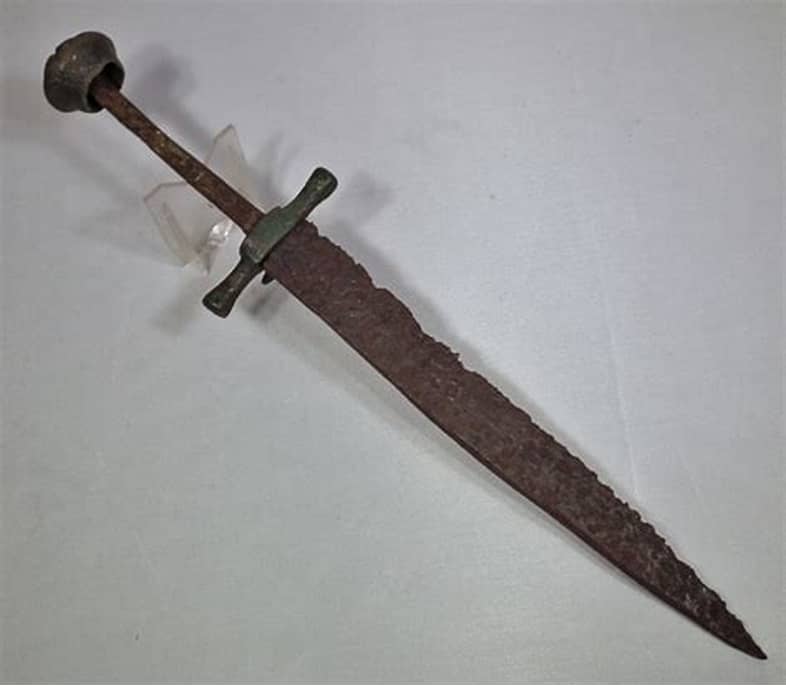 Robert’s story was that, on a particular day just before the hearing,  he had been on the royal highway in the parish of St Benedict, Lincoln, when Hugh had got in his way and first abused him,  then he had taken out his knife and given Robert a really large wound in the arm, in contempt of the king and his justices, who were in the town, against the king’s peace and damaging Robert to the tune of £40.

Hugh denied that he had done anything which amounted to force and injury, anything in contempt or against the king’s peace, and any trespass against Robert. He said that it was in fact Robert who blocked his way and abused him, rather than the other way round. Robert, he said, had threatened to kill him and had drawn his knife, knocked him to the ground and attempted to stab him in the neck, but the knife thrust had failed to hit flesh, instead ripping Hugh’s hood. Hugh said that while he was being held down on the ground, he stabbed Robert to avoid being killed, this stab being quick and barely scratching Robert. He insisted that he could not have avoided his own death in any other way.

Both men put themselves on the jury.

The jurors (including, it is noted, some who had seen and heard the brawl) gave, on oath, a third version of the events in question. They said that Robert was on the high road and found Hugh’s wife standing with Hugh, that Robert lifted this woman’s clothes up, part of the way up her lower leg (usque ad dimidiam tibiam). At this, Hugh asked him to stop, and Robert grabbed Hugh by the arms, threw him to the ground, slashed at him with his dagger and ripped his hood, but did not wound him. Hugh, getting up, wounded Robert with his own dagger, but he could have got away without using his dagger on Robert, if he had wanted. The justices examined the wound in court and decided that it did not amount to a mayhem, and could easily be healed.

For this reason and also because the jury found that Robert had started the fight, it was decided that both Robert and Hugh should be custodiatur for a trespass done while the justices were present in town. Afterwards, both Hugh and Robert made fine with a mark (each).

And this is interesting because ….?

Well, it is always instructive to see records in which we actually get a flavour of opposing cases being put. Here, the two protagonists presented opposed versions of events (Hugh attacked Robert, Robert attacked Hugh) but neither told a tale much resembling that of the jurors. Both men left out the involvement of Hugh’s wife and Robert’s apparently predatory behaviour towards her. It is easy to see why Robert left it out – he wanted the story to be about a totally unprovoked attack. Perhaps the reason why Hugh left it out is a little less obvious – it would seem that he felt it was a safer bet to construct a story of self defence against Robert’s attack on him, rather than suggesting that he was acting in defence of his wife’s reputation. The law on self-defence pleas in homicide was by no means settled at this point (see, e.g., Green, Verdict According to Conscience), and it seems likely that the contours of self-defence as a saving plea in other areas was at least as unsettled. The simple, two-man, story may have seemed the best tactic. Alternatively, we might speculate as to whether the jury might have considered Hugh’s wife to be ‘no better than she ought to be’ one way or another. In any case, it was a bold strategy to tell a story contrary to events which had taken place in the sight and hearing of jurors.

I also find interesting the way in which the wound is discussed here. One of my projects for next year’s study leave will involve mayhem offences, so I am on the lookout for references to it. Here, we have an inspection in court, in which judges seem perfectly happy that they can determine whether or not a wound will easily be cured (no idea of ‘expert’ assessment) and a sense that the borderline between mayhem and trespass is defined partly in terms of permanence, as well as seriousness, of injury.

Finally, it shows the difference in outcome, depending when an offence occurred: Robert and Hugh were in particular trouble because all of this happened while the royal justices were in town, and was therefore worse than an everyday low-level brawl, since it was taken to be a contempt of the justices, and, through them, the king whose law was being administered.