I am supposed to be checking proofs and engaging with the horrors of the online proof-reading tool, but somehow am not, because I found something maddeningly fabulous and tantalising in a plea roll, which just needs a quick comment. I don’t think I can sneak it into the book (Women & Medieval Common Law – out scarily soon – dread, dread) at this stage – definitely no more than a surreptitious additional reference, if it doesn’t mess up the page layout – though it could be relevant in a couple of ways (and indeed also links up with both my last book and also a couple of blog posts for more respectable places which I have ‘on the go’ at the moment).

The entry is on the Rex roll of the KB for Trinity term 1331,[i] and it relates to the case of a woman called Agatha, who was indicted for the homicide of her husband, William del Cote. So it looked as if it might have been going in the direction of several ‘petty treason’ cases which I have found, and would end with a laconic little ‘comburr’ in the margin, indicating that the woman had been sent off for burning, but no! There may well be an entry which says just that – I have not tracked down the relevant gaol delivery roll entry, if it exists – but this King’s Bench roll is at one remove from the homicide case itself, and is a presentment by jurors from Kesteven in Lincolnshire of an alleged conspiracy to stop ‘justice’ being done.

The Kesteven jurors stated that John de Camelton, until recently prior of Sempringham, John de Irnham and Hugh de Swafham, fellow canons of the said prior, and John de Nevill of Stoke, had conspired together in relation to Agatha. She had been indicted, arrested and held in Lincoln prison, until she was brought before the justices of gaol delivery at Lincoln castle. (There are no dates for any of this – helpful!) At the gaol delivery session, she remained ‘mute’ – i.e. did not plead. She was remitted to prison by order of the justices, presumably to be ‘encouraged’ to speak via the harsh regime imposed upon such accused as ‘stood mute of malice’. It was at this point that the conspiracy allegedly sprang into action. John de Camelton and the others brought a writ to have the indictment and Agatha brought before the king’s court, and, in the meantime, she was taken to Sempringham, amongst the nuns, and the jurors reported that she was still living there, and the crime remained unpunished. They had some thoughts on why the intervention had occurred: John de Camelton had been paid 200 marks and two bottles of wine.

The sheriff was ordered to summon the alleged conspirators. John de  Irham and Hugh de Swaffham came and pleaded ‘not guilty’, and put themselves on the country. The jury of knights and others said that Hugh was not guilty, so he was acquitted, but they said that John de Irnham was guilty, so should be committed to prison. (Logically, this meant that one of the others had to be guilty as well, as John de irnham could hardly conspire with himself). The new prior of Sempringham came and made a fine for John de Irnham.

Still pretty much locked down, and supposed to be doing other things, there is a limit to how far I can take this at the moment, but it does seem interesting, in at least two respects. First, there is the possibility of it representing a show of sympathy with a woman facing the awful prospect of being burnt for the killing of her husband, and who had not managed to speak for herself at her trial. Assuming that the Kesteven presentment is not a complete lie, it may be interpreted as an instance in which the accused decided, for noble, family-saving reasons – not to co-operate with the trial, in the knowledge that she might die a mistreated prisoner, or else as a situation of such trauma that it left her unable to speak up or make a defence. Alternatively, if they are right about the money and wine, it might just have been a case of corruption (albeit one with an outcome which modern readers are likely to prefer).

The second reason for my particular interest in this is that the action allegedly concerned the priory of Sempringham, a Gilbertine house in Lincolnshire, which, at this very time, was the place of effective incarceration of a figure of my obsession –Gwenllian ferch Llywelyn, daughter of Llywelyn ap Gruffudd, ‘banged up’ in this flat-land, English, convent, at a distance from her father’s power-base in Gwynedd. I delved into her history in my last book, Imprisoning Medieval Women, and have always hoped to find out more. (I also have a ‘very back-burner project’ about the many and various ways in which clerks writing records for the English crown managed to mangle ‘Gwenllian’ – the inability to handle the magnificent Welsh LL has a long history).[ii] This entry, of course, does not touch her directly, and yet it is an interesting hint both at the possibility of dubious security at Sempringham (in the sense of the crown, or royal justice, not being entirely in charge), and also at the sort of company she might have been keeping in the small community there. 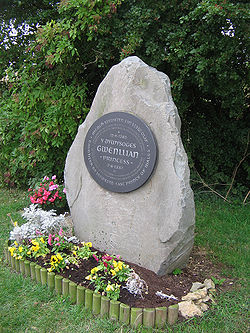 The limited poking about that I have been able to do suggests that John de Camelton was an interesting fellow. He comes up in complaints and petitions suggesting further undutiful behaviour.[iii] And there seem to have been various disputes involving the priory and its (male) officials, at this point, and earlier in the century.[iv] By the time the 1331 entry was made, however, ex-prior John was described as debilis, so perhaps his rebellious days were over.[v] As for the silent centre of the story, I wonder whether I will ever find out what happened to the unfortunate (or fortunate?) Agatha. Proofreading has to come first for now, then marking, and writing other things on the January ‘to do’ list, but I will definitely be making further efforts to flesh out this story.

[ii] The account of Sempringham in the in VCH calls her ‘Wencilian’.